How to Watch Dallas Cowboys Games Free or Cheap without Cable

It’s hard to believe, but the 2019 NFL season is already upon us and you can bet that the Cowboys won’t stop until they reach the playoffs. As the Dallas Cowboys are getting ready for action, fans are, too. For fans, that usually means finding out who to watch each game when games air on TV live. For some, that means going out while others will stick to their house. Whatever option you choose, it’s good to know when and where you can watch your favorite team.

It’s even better to have some free or cheap options to watch Dallas Cowboys games each week. While a digital antenna will allow you to watch many of the Cowboys games free without cable, not everyone lives in an area that will offer good reception. If that’s the case for you, there’s no need to worry because there are several inexpensive ways to watch the Dallas Cowboys without cable.

How to Watch the Dallas Cowboys Online without Cable

You’ll actually find several ways to watch Dallas Cowboys games online without cable. Antenna users will be able to get most of the season, but a streaming service like Hulu Live will give you access to games on both local channels and ESPN or NFL Network. In the end, the most cost-effective method for some will be a streaming service that offers most or all of the channels they need for Dallas Cowboys streaming.

Streaming services range in price, but usually, start at between $25-$50 a month and they give you a wide variety of channels, similar to if you had cable. The main difference is that it’s a lot cheaper than cable and with no contracts you can cancel anytime you want. Most of the services you’re about to learn about also include a free trial option, which could mean a way to watch Dallas Cowboys games online free!

As you might have guessed, streaming services work using a connection to the internet. You connect your device and are then able to watch TV from your TV, computer, or mobile device. Some commonly used streaming devices include Roku, Apple TV, Chromecast, smart TVs, smart phones, tablets, computers, and more.

At a Glance: Stream more than 60 channels and Hulu’s huge on-demand library for just $45 per month. A great way to watch the entire Cowboys season without cable.

Hulu Live is one of the more popular additions to the streaming scene. It offers one package option that includes the Hulu on-demand service and over 60+ channels for $45 a month. Cowboys fans in the Dallas/Ft. Worth area will have access to CBS, FOX, NBC, and ESPN. You’ll also have TNT, USA, regional sports channels, FX, and many other popular channels. When you combine all of the live content with the near-endless on-demand content you shouldn’t have any trouble finding something to watch between Cowboys games.

There are no contracts to sign with Hulu Live. You pay by the month just like you would Netflix or any other service. You just have the ability to cancel whenever you want. You can stream Hulu Live content on smart TVs, mobile devices, computers, Roku, Chromecast, Apple TV, and many other devices. Thanks to the availability to local channels and ESPN, Hulu Live is one of the top ways to watch Cowboys games streaming without cable.

Watch the Cowboys Streaming on fuboTV

At a Glance: Enjoy over 95+ channels, an on-demand library with 3-Day Replay, and a cloud-DVR for just $55 a month. Enjoy most of the Cowboys game streaming on fuboTV this season. Free 7-day trial.

fuboTV was originally built with sports in mind. When it was much harder to find sports streaming without cable, fuboTV offered some of the best options. These days their plan includes more than just sports. There are around 100 channels available with fuboTV and there are many others available if you’re willing to pay an extra fee for them. More than 30 of the included channels offer sports. The one downside here is the few games that the Dallas Cowboys stream on ESPN will not be available here.

CBS, NBC, and FOX are all included in the area, so the majority of games would be available. If you can live without the few games on ESPN, fuboTV could still have a lot to offer. You have the choice of picking up additional content through a number of TV Everywhere apps. You can also watch things on-demand or save them to your cloud-DVR. You have plenty of options and will be able to stream on most devices.

Check out the fuboTV free 7-day trial and watch the Dallas Cowboys game free this week!

Watch the Dallas Cowboys without Cable on PlayStation Vue

At a Glance: Multiple packages are available with 45+ channels for $50 each month. Plenty of great family features and lots of options to watch Cowboys games without cable. Try the 5-day free trial.

Despite the name, you don’t need a PlayStation to use PlayStation Vue. Like the other services you’ve read about, this streaming service offers packages similar to cable for a lower monthly cost and no contracts! You can pick up the Cowboys live stream on PS3 and PS4 consoles, Roku, Apple TV, Amazon Fire TV, computers, mobile devices, and other devices.

PS Vue includes all of the channels you need to watch the Cowboys streaming this season. Packages start at $50 per month and include an on-demand library, access to TV Everywhere apps, and a cloud-DVR with 28-day storage. You can even make user profiles for the family!

AT&T TV NOW, most recently known as DIRECTV NOW, also offers an easy way to stream the Cowboys games this season. There are multiple packages available, but the main package offers more than 40 channels for $50. This includes local channels, ESPN, and several other channels including HBO. Other packages offer even more to watch. Like with other services, AT&T TV NOW is contract-free, so you can cancel whenever you want.

Streaming is possible on mobile devices, computers, Apple TV, Roku, and most other streaming devices. AT&T TV NOW should work well for people looking for a well-rounded package that offers plenty of sports. In fact, you should find something for everyone with available sports, movies, local channels, and even general entertainment and reality TV.

CBS All Access offers the CBS live stream in your area. This will include the few Dallas Cowboys games that will air on CBS this year. You’ll also be able to enjoy a packed on-demand library filled with current and former CBS shows. It’s a cheap option if you’re lacking CBS, but not a complete way to watch the Cowboys streaming this season.

Sling TV offers three packages and a variety of channels. For the most NFL coverage, sports fans would want the combined Orange + Blue package, which is $40 per month. For the Cowboys live stream, fans in the area would have NBC and FOX, which will air the majority of the games, as well as ESPN, which will air a couple more. Unfortunately, CBS is not included in any Sling TV package.

NFL Game Pass offers an on-demand option that allows you to watch any of the games you want this season! All regular season games are available shortly after they finish airing live. This could be a good option for Cowboys fans that want to keep up with other teams, as well. You can also go back and watch games from as far back as 2009. The condensed game feature even allows you to watch a full game in under an hour. Keep in mind, NFL Game Pass does not offer the Cowboys live stream.

Those are the best ways to watch the Dallas Cowboys online without cable this season. If you have any questions, feel free to leave them in the comments! 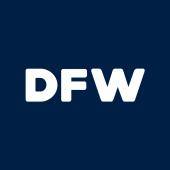